Progression and innovation is what drives us. Through years of evolution and rider driven design, Freebord has engineered a setup that rides exactly like a snowboard on pavement.

Freebord was started in 1996 by Steen Strand in Palo Alto, CA, while studying for his master’s in product design at Stanford University. Steen wanted to find a way to bring the snowboard ride to the street, and began developing prototypes of a skateboard that could slide, drift and stop just like on snow. He patented his design and began assembling and selling the first “Alpha” Freebords in 1997 out of his garage in San Francisco, CA. Since then, Freebords have evolved to become shorter and lighter, with bindings to hold the rider’s feet while carving and sliding.

Early Freebord prototypes mimicked the sidecut of snowboards to allow for carving, but it took several design revisions to recreate the sliding motion that makes the Freebord ride unique. Steen realized that the center wheels needed directional bias for stability (in early models, provided by surgical tubing) and extra wide trucks, a critical component of the eventual design. “After one of our riders drifted into fakie and caught a fat edge, I began designing a center wheel that could rotate 360 degrees”, says Steen. “Once the test setup worked, I built two cam center wheels and mounted them on a test deck that I had already used for earlier prototypes (it probably had a hundred holes drilled into it from trying different things). I tried many different deck shapes and sizes but eventually learned that width, stiffness and concavity improved the ride.”

The Alpha 112cm was our first production model Freebord, with a twin tip construction and sidecut much like a trimmed down snowboard. Also made in a 110cm model, the Alphas rode well but were heavy and hard to control on the increasingly steep roads on which riders were taking them. So in 2001, we began to produce the smaller, lighter and more maneuverable Xponent decks in 80cm. Also included on these boards were Skyhook S1 bindings that kept the rider’s foot in place and allowed for much more leverage when carving and sliding downhill. These bindings have since evolved into the S2s, which feature more foot coverage and added adjustability. In response to growing demand and rider feedback for a more aggressive setup, we introduced in 2008 the G3 trucks, with improvements in durability and strength as well as a wider footprint for added responsiveness. Today, our decks range from 75-85cm and include Bamboo hybrid material in addition to the standard 7ply Maple construction. Wide decks have also been engineered to allow increased leverage for riders with large feet. 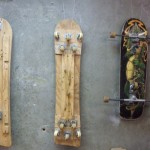 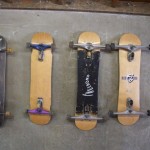 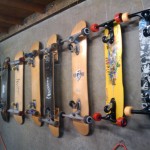 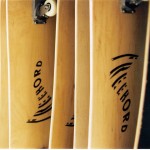 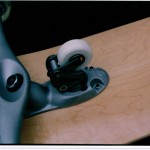 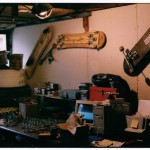 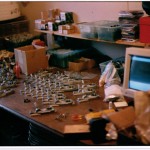 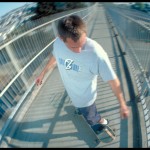 Videos from The Vault